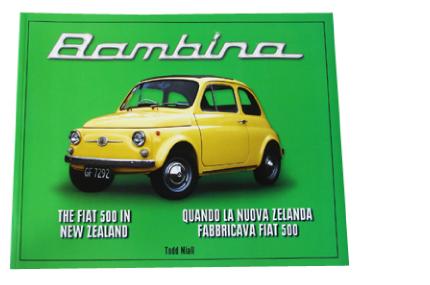 I helped turn journalist Todd Niall's passion for the Fiat 500 into this celebration of the fiftieth anniversary of the 'bambina'. Todd had had a bad experience publishing his previous book, so it was a pleasure to help with the design, production and print broking. I also created a website to help promote the book both here and in Italy as it was written in both languages. 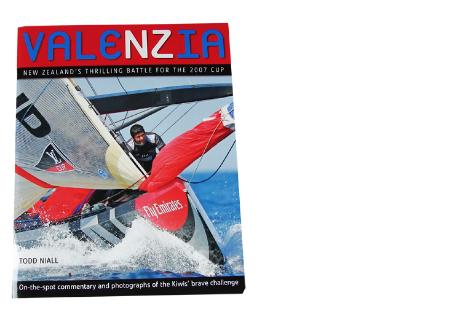 When Todd Niall said he was going to Valencia to cover Team New Zealand's attempt to regain the America's Cup for National Radio, it seemed to good an opportunity to miss. We decided to put together a package for Random House. I managed to find the entire team in Kumeu: Todd writing, local Fiona McRae editing and picture research, and Kumeu-based picture agency Outside Images supplying daily images of the racing. It felt like Kumeu was the centre of the universe as the copy and images were filed and each page was laid up and edited daily. The book hit the shelves bang on time the day after the finals. Shame about that last race. Still, nothing ventured . . . 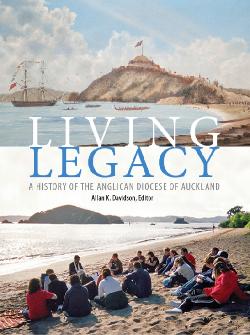 The Anglican Diocese of Auckland publications committee wanted a book built to last for the history of the Anglican Church in New Zealand, a classical design that would endure.

Kim Goldwater had written the inspirational story of how he and his wife Jeanette had taken their homespun vines on Waiheke Island from mad whimsy to international success. Kim is a man who knows what he wants, and he wanted to publish himself. I was happy to help, enjoyed reading the amazing story that led his wines to be listed in some of the best restaurants in the world. Also enjoyed the amazing Chardonnay he poured when I caught up with him on Waiheke. Nearly as good as Jeanette's home-grown cucumbers.

This was a huge undertaking, a complete history of Foodstuffs Ltd. Steve Barnett was project manager and I worked closely with author and ex-Company Secretary Kevin Ferguson to take the box-loads of material at Foodstuffs HQ and create an accessible publication to celebrate the achievements of New World, Four Square, Pak'n'Save and of course the cheery Mr 4 Square himself. It was a complex two-colour design and technically quite challenging.